One of the strangest claims of recent by our eastern neighbour Bharat is that most of the great inventions of the world were made in the country. Historical facts need some respect, let alone inventing new ones. Greatness is earned, not wished.

Let me make clear that ‘patriotism’ is not what serious historians, or political analysts, should include in any description. It is rightly known as the pastime of scoundrels. But as I read Indian newspapers on the internet every day, as well as hear their new prime minister inform us that it was a Hindu who ‘really’ invented an array of gadgets and instruments, it really makes one wonder just what is going on. This strange happening is a good enough excuse for Pakistanis to rethink their true history, for we have been part of the larger sub-continent since time began. In human terms time began when the ices melted. That is our true history, and the beginning of time is where we should begin our history. It is the history of the people, not of rulers and battles.

For starters the land that is today Pakistan was the very first civilisation to have taken root in the sub-continent. The findings at Mehrgarh in Baluchistan are definitely more than 9,500 years old. As the ices melted increasingly northward, over time the very first planned cities began to take form. Mohenjo Daro in Sindh followed Mehrgarh. Then came Harappa near Sahiwal, and then as the ices swiftly melted as climate changes set in, we see Taxila emerge, and, lastly, the ruins of Swat. The River Indus, or Darya-i-Sindh, was central to these developments as the ices melted and water flowed to the sea.

This set of events are well known to every archaeologist. It is also a well-known fact that by the time Taxila emerged the Ganges civilisation had yet to come about. The likely coming of Lahore and Sialkot are probably the stepping stones before the Ganges civilisation came about. These are universally accepted facts. It is also an accepted scientific fact that the word Hind, as used by the Arabs for the first time, flowed from the word ‘Sindh’, as did the Latinised word India flow from the word Hind. The country of Bharat came about in 1947, and it was never supposed to be called India in Partition documents. But it is silly to pursue this argument, for they can call it what they feel like.

There is no doubt that Pakistan was set up to cater to the disenfranchised Muslims, as much as for other minority sections of British India. But the land of Pakistan also happens to be the very first to be inhabited, as were portions of South India. Very few realise that the Dravidians were not the original inhabitants of the sub-continent. They were a Mediterranean-Australoid people who moved from the south European-North African coastline. In Pakistan the only traces of this Dravidian ‘drift’ are the Brahui people of south Baluchistan. In the midst of these ancient people exists Mehrgarh. Their language is the only one in Pakistan of Dravidian origin. The rest have Aryan structures. Recent DNA studies at Cambridge, as also at Harvard, have proven beyond doubt the connection the Brahui have to the faraway Australian aborigines. The Tamil people represent this human strand in its largest numbers. 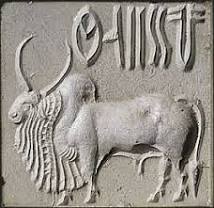 By the time the Aryans began drifting eastwards into the land that is today Pakistan, the Harappa civilisation was well-established. It was no invasion and very much like the Afghan drift we see today. It took a long time to take effect. A similar example of this ‘drift’ can be seen inside the walled city of Lahore. We know full well that the majority of the people living in the old walled city of Lahore are Afghans, not original Lahoris. They have drifted to colonies outside old Lahore. This is exactly how it happened thousands of years ago. The Aryan egalitarian ways clashed with the emerging Brahmin caste, to the extent that the Vedas themselves classify all people west of the Beas River as ‘maleech’.

The great Sanskrit grammarian, Rishi Panini, born in Salatura (Lahore) and educated at Taxila University nearly 3,500 years ago, studied this Aryan-Dravidian behaviour and language divide and observed that the sub-continent has two people who can never unite. The line he drew then, ironically, is so very much like the existing Pakistan-Bharat line.

That is why there is a need for our textbooks to forget the strange history they teach to our children today and start, like all good descriptions, from the very beginning. We must learn that even the Hindu religion was born in the land of Pakistan, and that it was the absence of toleration within the then dominant Hindu religion that led to the creation of castes. Belief systems have a way of ultimately creating intolerance to win economic space.

The increasing Aryan numbers, a creeping phenomenon as it still remains, led to the priestly Brahmin-led caste society to move eastwards, leaving behind us ‘maleech’. This word in classical Sanskrit means “varying social strata within the same family” and in their eyes an “unnatural” happening. The divide was thus set in stone, and Panini was correct to point this out 3,500 years ago. Ultimately communal intolerance won.

So as Mr Modi sets about describing all great things to have happened in the world as originally Hindu miracles, he seems to ignore the fact that the very Hindu religion he follows all started in the land of Pakistan. He also ignores the fact that the Vedas and the Ramayana were written in the land of Pakistan. He also forgets that Rama and Sita lived in Lahore, and that their greatest epic of the Battle of the Ten Kings was fought on the banks of the River Ravi in Pakistan. The Ganges civilisation started much later and drew its undoubted strength from the second great migration which led to caste creation of the priestly classes within Hinduism.

Today priests on both sides of the divide threaten the legendary toleration that has been so central to the great civilisations of the sub-continent. We all need to study the history of our people in great scientific detail. Surely our children deserve better.

Why we need to study our history from when the ices melted: by Majid Sheikh, Dawn.com
Source: http://www.dawn.com/news/1147813/harking-back-why-we-need-to-study-our-history-from-when-the-ices-melted