Colonialism has given to the West the gift of Islam. Islam is here in the Western countries of Europe and North America to stay. For some people in the Western continents the presence of Muslims among them is a matter of concern; some are alarmed; for others, Islam is a curse and they are looking for a cure. The concerned groups are Zionists (Jews and non-Jews), atheists, secular humanists, secular nationalists, some of the immigrant Hindus, and in the forefront are fundamentalist Christians. Among those who are very much alarmed consider Islam as a curse and are taking steps to do something about it are ardent Zionists and Born-Again Christians. They, together, have developed funds in the billions of dollars dedicated to fighting Islam worldwide and to stop its spread in the West, particularly in North America. They are establishing missions to the Muslim countries and using deceptive, Islamic jargon-filled language and methodology to convert Muslims to Christianity. The Western educationists and orientalists under the colonial rulers have been very successful in leaving behind and maintaining political, economic and journalistic power in the hands of anti-Islam "Muslim" rulers in every country of the Muslim world, including those which claim to have "Islamic" governments. 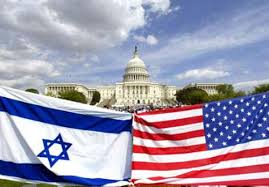 As long as communism was a power in the world Islam did not occupy the first position as an ideology for concern for the West. With the fall of communism Islam has taken over the first position as an ideology to fight against and to prevent from being established anywhere in the world. Serious and committed Muslims have a duty to fight back in the backyard of the West to remove the false alarm being propagated against Islam by the anti-Islam groups mentioned above. Muslims must work out a defense plan as well as a plan of moving forward with the message of Islam to the people in the West. Muslims need to think hard, know their adversaries and learn their method of offense before planning a defense for Islam.

In the observation of this writer Christian offense may be divided into three main classes: one, in the Muslim majority countries such as Pakistan, Malaysia, Indonesia and many Arab countries; two, in the Muslim minority countries where Muslims are the second largest population such as many of African countries; three, the Western countries where the Muslim presence is a post World War II phenomenon: these are European and North American countries. Since we are living in a country (the U.S.A.) where Muslims are a very small minority, we carry the greatest responsibility for the Islamic work for the Cause of Allah. I will discuss the situations in reverse order.

In the West in general and the U.S. in particular, the ancient methodologies are being employed by the adversaries of Islam. When you look carefully into the methodology of the adversaries of Islam you will find the same thousand year old CRUSADERS' mentality and methodology. The Crusaders' methodology was based on ridiculing Islam and Muslims, calling Muslims pagans, even devil worshippers, strong connotations such as the Prophet Muhammad (S) was a tool of the devil or a mad man, quoting the Qur'an in (mis-)translations rendered by the enemies of Islam, quoting from the opinions of adversaries as authentic and truthful, telling half-truths and mixing them with fabrications, slandering Muslim personalities, mis-interpreting the verses of the Qur'an and sayings of the Prophet (S), presenting things out of context, denying miracles of the Prophet (S), rejecting Hadith yet quoting it when suits their purpose, misusing Arabic terms, mis-spelling Arabic names and words to draw wrong connotations; their mischievous methods go on. To know the truth, one should read John Weldon, John Ankerberg, Anis Shaorrosh, Robert A. Morey, Colin P. Akridge, N.J. Dawood, William Miller, Josh McDowell, Andrew Greely, John Gilchrist and many others like them. In their books they give a large bibliography including many Muslim writers but when you read the book you can see that they have not read or benefited from the Muslims' writings at all.

(a) The Media Campaign

From time to time movies and documentaries are produced which depict Islam, Muslims and Muslim culture in an ugly manner. Stories are published from Muslim lands or Muslims living in the West showing them as people to be detested, the religion to be avoided and the culture to be abhorred. There are many columnists who specialize in writing poisonous articles against Islam and there are many talk show hosts who specialize in this field and know Islam-hating people to bring on their shows.

(b) The Text Book Campaign

For children and young people anything printed is like the word of a holy book to be believed without any doubt. Authors and publishers of social science text books at all levels, from KG to the university, are writing slanderous material to create dislike and hate for Islam and Muslims. Rarely one finds a completely bad article but rather a word or two or a sentence which does its job of developing hate or dislike.

(c) Blatant "Anti-Islam and Muslim" Books for the common people

Books are being written full of false and slanderous material against Islam and Muslims to develop hate and dislike. Some examples are "Islam Revealed" by Anis Shorrosh, "The Facts About Islam" by Ankerberg and Weldon, "Islam Unveiled" by Robert a Morey, to name a few.

A "friend" of mine keeps telling me if you can kill someone with sugar why to use poison and that is the way he is trying without success to kill me. Perhaps he has learned this philosophy from the Christian adversaries of Islam. There are books like "To Love A Muslim" by Ed Challen. There are others Muslims have to watch for.

(d) Materials Directed Towards The Muslims

There are organizations publishing brochures and tracts to attract Muslims living in the West to Christianity using Qur'an and Hadith as a source to convince them of Christian dogmas. There is one "Shaikh Abdullah" who publishes material in Arabic and English to reach uninformed Muslims for Christ. There are others who publish tracts equating Islam with Roman Catholicism and paganism scaring readers to avoid Muslims or go to them only to evangelize for Christ.

These are the countries where Muslims have been living for centuries as a minority, such as East and West African countries, India, Eastern Europe and others. Christian missionaries ignore Muslims and concentrate on non-Muslim populations where they have greatest success in winning conversions. Any Muslim coming along their way is welcome.

It is the Muslim world which is getting the greatest attention of the Christian missionaries to win converts from the Muslim population. In the past this area was ignored due to early failures. The goal of the mission has been to cool the flames of establishing Islam as a way of life. Missions took children of aristocrats, bureaucrats, businessmen, teachers and professors, charged them high tuition fees and gave them enough anti-Islamic education in a subtle way and turned the entire leadership into anti-Islam yet remaining cultural Muslims. Now, the entire Muslim land is in the hands of secular minded "Muslims" who hate Islam and practicing Muslims. As late as 1980-81 a term was invented to put friction between practicing Muslims and secularized-cultural Muslims - it was applied to Muslims at the suggestion of the Israelis; the term is "Islamic Fundamentalism". The term Islamic Fundamentalism received negative connotations, such as being a fanatic, war monger, terrorist, irrational, backward, reactionary and so on so that Muslims run away from this term. Unfortunately, many learned and the leadership adapted the term to label good and practicing Muslims. In fact, practicing and believing Muslims should be proud of being labeled as fundamentalists and must behave to remove negative connotations.

In the Muslim countries church missions are publishing a lot of Christian literature in local languages, adopting Islamic jargon, which is deceiving many simple Muslims.

What Muslims Should Do

Allah Will protect His deen in His Own Way as He has decreed in the Qur'an, surah As-Saff (61) verses 9 and 10: "They want to blow Allah's light out with their mouths while He is Perfecting His light no matter how rejecters may dislike it; He is the One Who has sent His messenger with guidance and True Deen, so He may have it prevail over every other deen no matter how those who associate (others with Allah) may hate it". It reminds me of the story of Abdul Muttalib who went to Abraha for his cattle rather than the protection of the Ka'ba. On questioning by Abraha, Abdul Muttalib told him that Allah will protect His own house but Abdul Muttalib has to protect his own cattle. Similarly, Allah will find His functionaries but those who volunteer to become His workers and helpers will gain reward from Allah and those who shy away from Allah's task will deserve His punishment in the life hereafter.

Some of the steps Muslims are suggested to take are the following:

1. Establish organizations to take the message of Islam to the people in a way they can understand and appreciate and to support those organizations which are already established to meet this challenge.

2. Produce concise and simple literature explaining Islamic beliefs and practices, separating it from contemporary Muslim culture, which has in many cases degenerated into bid'ah and has developed paganistic and materialistic filth. The Institute of Islamic Information & Education (III&E) has been established to carry out the recommendations made in this flyer to the best of its abilities. However, the III&E needs stronger Muslim community support in terms of manpower, money and expertise in many areas of its work.

3. Combat misinformation in the text books and correct them; this is huge work requiring dedicated organizations and persistent work and may involve going to the courts at the highest levels.

4. Respond to the newspaper columns and to go to talk shows and combat at the media level.

5. Write books defending Islam in response to slanderous books and take on the writers and publishers at intellectual level.

7. Bring a cadre of Islamic scholars who specialize in Christian-Jewish theology, religious literature and culture, who can go on the intellectual offensive by exposing truth and fallacies of these two religions of the West and compare them with Islam. These Muslim scholars must know ancient Greek, Hebrew and Latin and translate the oldest available manuscripts of the Bible, the Gospel and related literature. In view of this author, Bible translations from the "original" sources are full of errors which need investigation by the Muslim scholars themselves.
www.ilaam.net
by Dr. M. Amir Ali, Ph.D: http://www.ilaam.net/articles/fundchristzionconsp.html