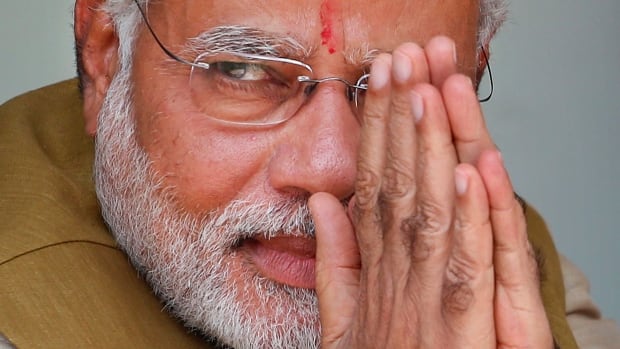 India's new Prime Minister Narendra Modi has chosen a daring former spy with years of experience in dealing with Pakistan as his national security adviser, a move officials say signals a more muscular approach to New Delhi's traditional enemy.
The choice of Ajit Doval, alongside former Indian army chief General V.K. Singh as a federal minister for the northeast region, underscores plans to revamp national security that Modi says became weak under the outgoing government.
The two top-level appointments, reporting directly to Modi, point to a desire to address what are arguably India's two most pressing external security concerns - Pakistan and China, both of which, like India, have nuclear arms.
Doval, a highly decorated officer renowned for his role in dangerous counter-insurgency missions, has long advocated tough action against militant groups, although operations he has been involved in suggest a level of pragmatism.
In the 1980s, he smuggled himself into the Golden Temple in the city of Amritsar from where Sikh militants were later flushed out, and he infiltrated a powerful guerrilla group fighting for independence from India in the northeastern state of Mizoram. The group ultimately signed a peace accord.
Doval was also on the ground in Kandahar, Afghanistan, when an Indian Airlines plane from Kathmandu was hijacked by Pakistan-based militants on Christmas Eve, 1999. The crisis was resolved when top militants were freed in exchange for hostages.
"Doval is an out-of-the-box thinker," said an Intelligence Bureau officer with long years of service in Kashmir and other Indian hotspots. "Expect him to shake things up."
The official, who did not want to be named, said he expected the new security team to push for a rapid expansion of border infrastructure and a streamlining of intelligence services, which still function in isolation and often impede one other.
Singh has declared his priority is to develop the northeast in order to narrow the gap with Chinese investment in roads and railways on its side of the frontier.
India is also creating a new mountain corps and beefing up border defences, although that initiative has stalled.

A secure India is a long-standing goal of Modi's Hindu nationalist Bharatiya Janata Party (BJP), and the new prime minister himself wants strong borders so the country can focus fully on giving economic growth a much-needed boost.
He won the election in May in a landslide victory largely on economic pledges that India's 1.2 billion people hope will secure jobs and raise living standards.
But with most foreign troops withdrawing from Afghanistan by the end of this year, India is concerned that Islamist militants fighting there will turn their sights towards the disputed region of Kashmir, which is also claimed by Pakistan.
India and Pakistan have fought two of three wars since independence over the Himalayan territory, and their armed forces are separated there by a rugged, mountainous Line of Control which militants have the capability to cross.
Doval, 69, formerly head of the Intelligence Bureau domestic spy agency, will be National Security Adviser, only the second officer from the intelligence community to hold the post.
By contrast, predecessor Shiv Shankar Menon is a member of the elite Indian Foreign Service - an expert on China and nuclear security known for his formidable intellect.
Doval did not say what his priorities would be after his job was announced on Friday, but in conversations with Reuters previously as head of a right-wing think tank in New Delhi, he said the new government must lay down core security policies, one of which was "zero tolerance" for acts of violence.
He was referring to operations by militants who India says cross from Pakistan, like the gunmen who killed 166 people in Mumbai in 2008 in a brazen assault that brought tentative peace talks between the South Asian rivals to a juddering halt.

Modi invited his Pakistani counterpart, Nawaz Sharif, to his inauguration in a calculated sign of reconciliation. But he used stick as well as carrot.
During nearly an hour of talks, he told Sharif Pakistan must prevent militants on its territory from attacking India and act speedily against the men India blames for the Mumbai massacre.
Modi's assertive stance was in keeping with his Hindu nationalist agenda, which makes many of India's 175 million or so Muslims nervous, not to mention those in Pakistan next door.
The two nations did, however, agree to relaunch peace talks.
"Terrorism continues to be our main concern and we have to handle it in a holistic manner," said A.S. Dulat, a former head of the Research and Analysis Wing, which is charged with external intelligence gathering.
"At the end of the day, war is not an option."
While India will put diplomatic pressure on Pakistan, there is also an acceptance that the civilian government in Islamabad is not in a position to control all militant groups and that New Delhi needs to address weaknesses in its homeland security.
"The one thing the new government will focus on is internal security, that's what worries them most. You don't want another Mumbai, you don't have a lot of good options if it happens," said an official at the Home Ministry.
Pakistan said it remained committed to improving ties with India and that it had got off to a good start.
"Whoever is appointed by Modi in his national security team is his own prerogative, and we will certainly not interfere in that," said Tariq Azeem, a senior official in Sharif's team.
"Pakistan will carry on with the determination shown by Nawaz Sharif to build good relations with India. The meeting in Delhi was cordial and friendly and we hope to build on that," he told Reuters.

Modi's other key appointment, retired general Singh, may inject new urgency into India's plan to establish a corps of 80,000 troops along its border with China in the northeast.
A massive program to build roads and upgrade airfields in the remote area was also cleared by the ousted Congress party, but has lagged.
Singh, who won a parliamentary seat for the BJP in the election, is expected to accelerate the process through the defence bureaucracy, helped by a direct reporting line to the all-powerful prime minister.
"Development of the northeast will be my top priority," he told reporters after taking charge on Thursday.
China claims more than 90,000 square kilometres of land disputed by New Delhi in the eastern sector of the Himalayas, including most of Arunachal Pradesh state, which China calls South Tibet.
"As China continues to refuse to recognize Arunachal Pradesh as an integral part of India, and builds military-grade highways that can rapidly move tanks and heavy artillery to India's border, it's absolutely the perfect stratagem to put a former army chief in charge of the region," wrote commentator Sandipan Deb in the Mint newspaper.
But in another sign that Modi is keen to defuse regional tensions, he spoke to Chinese Premier Li Keqiang on Thursday and extended an invitation to President Xi Jinping to visit India.
http://www.cbc.ca/news/world/eyeing-pakistan-and-china-india-s-modi-bolsters-security-team-1.2660955