The politics of intellect

Intellectuals are defined as "idea workers" that exercise profound influence on policy makers and public opinion, but are often not directly accountable for the results.
Democracy has produced a class of professional politicians who are ambitious and want to attain political power by using all sorts of methods including propaganda, lobbying and the cynical use of slogans which appeal to the masses. They take care to not openly violate the sensibilities of the people, compromise with the prevailing situation and never try to play a revolutionary or radical role. Even those politicians who are secular and liberal in their private life, champion the cause of religious extremism in order to win the support of the people. They are more concerned with gaining the sympathy and support of the voters to win elections than anything else. 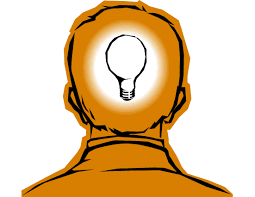 On the contrary, intellectuals are not eager to be popular; they analyse and dissect the problems of society independently, irrespective of whether the people like them or not. Their main objective is to liberate the society from stagnation and come up with new ideas which could guide the society to a better future. Whenever there is a conflict between politicians and intellectuals the former always appeal to the emotions of the people, while the latter approach the problems rationally.

During the Age of Enlightenment, intellectuals were not opposed by politicians but were resisted by the rulers who were afraid of their ideas. These intellectuals, by propagating their radical ideas, changed the whole structure of society. In France, the philosophers widely published books and pamphlets on social, political and economic issues. They resisted against political absolutism, religious sectarianism and domination of aristocracy. The ideas of these intellectuals were put into practice after the French Revolution, which transformed not only the French but the whole European society.

This was a great success on the part of intellectuals against the ruling classes of Europe.

However, the active role of intellectuals decreased after the First World War when democracy replaced absolute kingship in most of the European countries. Especially in Germany, the defeat in the war provided more space to politicians than intellectuals. When the Nazi party gradually became popular and won the elections, the voice of the German intellectuals was subdued and lost in the emotionalslogans of the party. Instead of fighting against the regime, prominent writers, philosophers and scientists left Germany and sought refuge in other countries. The philosophers of the Frankfurt School, Theodor W. Adorno, Herbert Marcuse, Hockheimer and Erich Fromm first went to Switzerland and finally to the US. Bertolt Brecht and other writers also left for safety. As a result, the German intellectual life became unproductive. Those who stayed behind compromised with the Nazi ideology and lost their credibility. However, the failure of intellectuals and the victory of politicians led Germany to the Second World War; the defeat wherein broughtdisaster to the country and nation.

In the case of`India, intellectuals played a very positive role against colonialism and, after independence, carned respect because of`their enlightened ideas and thoughts in society. When the question of Babri mosque/Ram Janam Bhomi arose, the leading historians of India rejected the claim of Hindu extremists on the existence of the Ram Janam Bhomi.

However, the sane and academie voice, which was based on historical evidence, was ignored when politicians mobilised the religious emotions of the people which led to the demolition of the mosque. It was a great shock to the intellectualswho failed to convince the people to act reasonably and tolerate the religious sensibilities of other faiths.

When LK. Advani started his Rath Yatra by exploiting Hindu religious symbols, he created wider sympathy and popularity for the Bharatiya Janata Party (BJP) which consequently won the elections and governed India despite the opposition of progressive and liberal intellectuals.

The Indian intellectuals are trying to prevent communal riots by investigating, analysing and discussing their causes and consequences on society. When communal riots broke out in Gujrat, Modi was its chief minister. The Muslims, being the victim, were slaughtered, burnt alive and their property was looted. It was one of the worst communal riots after independence which shook Indian society to its core.

Writers, journalists and political activists documented it after collecting evidence and proved that the riots were state sponsored and Modi was responsible for the carnage. The exposure had worldwide impact and Modi was denied visa for most of the European countries and the US. In the end, all efforts by Indian intellectuals failed to prevent extremism.

Yet by appealing to the religious emotions of the people, Modi won the recent elections. His victory absolved him of all crimes and atrocities and he is now acceptable to all those countries that banned his entry.

In Pakistan, in the absence of an effective intellectual class, politicians are free to use religious symbols and slogans to win popularity. There is no tool to check the growing influence of religious extremism and corruption. Generally, the Pakistani intellectuals are playing a subdued role and have failed to present any alternative model of political system.

The question is: why the intellectuals fail to counter politicians, whose emotional policies generally lead to disaster? It is sometimes argued that illiterate people are attracted by emotions while literate societics defy emotionalism and choose rational policies for their countries. However, this argument is not fully satisfactory. The German society, which was highly educated, fully supported Hitler and his Nazi party. The recent imperial policies of the US are also supported by the American people except for a tiny minority whose voice is not heard. History teaches us a lesson that those societies which neglected the ideas of intellectuals are doomed to disaster.
By Mubarak Ali
http://epaper.dawn.com/DetailImage.php?StoryImage=08_06_2014_424_003
Also see: http://en.wikipedia.org/wiki/Intellectuals_and_Society